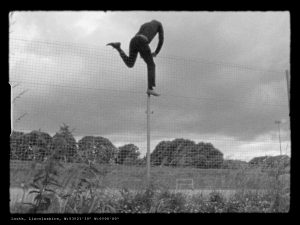 Acquisition info: 0°00 Navigation was screened at the Future City festival in Salford Quays MCUK in April 2014, through a partnership with Quays Culture. The film was acquired into permanent collection in June 2014 under the ‘About the Digital’ strand of collecting.

Tags: 2008, About the Digital, Simon Faithfull