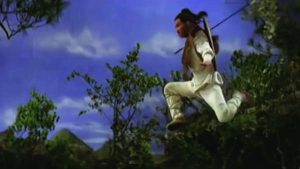 susan pui san lok is an artist, researcher and writer based in London. Projects range across installation, moving image, sound, text and performance – evolving out of interests in notions of nostalgia and aspiration, place and migration, translation and diaspora.

RoCH Fans and Legends is a body of work that draws on over forty different film, television, anime and comic book adaptations of The Condor Trilogy, a series of books written by Jin Yong (Louis Cha) and published between 1957 and 1961. The series is regarded as a classic of the ‘new wuxia’ (martial heroes) genre of Chinese literature, which follows the adventures of martial artists in ancient China. The project title derives from the second book The Return of the Condor Heroes (1959), while also referring to the proliferation of bootlegged and on-line films supplemented by fan-generated translations, overdubbing, and subtitles; not to mention the fan-fiction extensions to the series. Collating various scenes, moments and moving images, lok considers the recurring tropes and motifs that have survived in each new articulation of the series – the fantasies, legends, and archetypes. 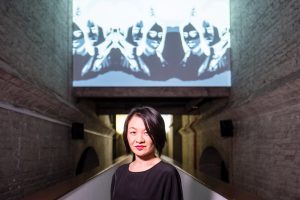 Commissioned by the University of Salford Art Collection with the Centre for Chinese Contemporary Art (CFCCA) in partnership with QUAD, Derby and Animate Projects.