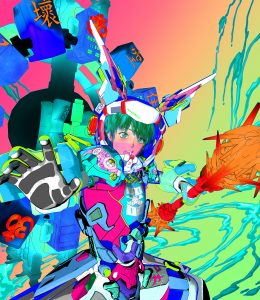 The Great Adventure of Material World #1 was commissioned for PHOTOFAIR Shanghai 2019, as part of the UOSAC exhibition Taking the Leap, guest curated by Ying Kwok. Read more about the exhibition here.

Image Courtesy of the artist.